Posted on November 8, 2015 by fairysockmother 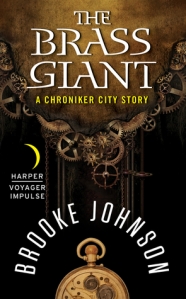 Bold, confident writing introduces Petra Wade a shop girl, who dreams of being an engineer in a wonderfully complex steampunk Great Britain where only men may enroll in the University. Her natural talent brings her to the attention of Emmerich Goss, a young engineer, who enlists her help in constructing a secret project for the Guild. Petra soon becomes entangled in a web of lies, politics, and espionage. Johnson’s skill in describing machines and how they work is incredible, but she is equally adept at writing tenderly realistic love scenes. Add in brilliant cover art and this book has something for everyone!