Posted on September 21, 2017 by fairysockmother 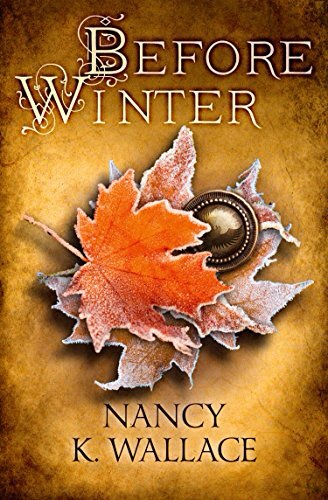 On September 21, Harper Voyager UK is releasing Before Winter, the third book in the Wolves of Llisé trilogy. Before Winter arrives as “digital first” and Harper Voyager has also discounted both of the first two eBooks: Among Wolves and Grim Tidings, so you can acquire the whole set inexpensively!

Although I placed the trilogy in an imaginary empire, the narrative has a strong French flavor. This story has allowed me to air my political and social views about the importance of education, health care, and the plight of the poor. But there has been another thread running through all three books: my characters are not only Christian but Catholic. Perhaps, that seems like an odd quirk coming from a Presbyterian!

Catholicism has always played a strong part in my life. My father, an architect who specialized in Catholic schools, brought priests home to dinner on a regular basis. As a very small child, I knew them simply as kindly men, who brought me stuffed bunnies and promised to build me a treehouse, as soon as my father drew up the plans!

That gentle early impression led me to spend my first two years at a Catholic College. I spent my last two at a Presbyterian school but emerged as a kindergarten teacher, welcomed back to Catholicism when I was offered a job at our local Catholic School. It was the icing on the cake that my father had designed the building!

I felt completely at home with the ritual of Mass, welcomed it really because it seemed to call to something basic and traditional inside of me. I tried hard to show Devin’s love for his church. I, also, have a set of rosary beads. I found them with my mother’s jewelry after she died. I immediately wanted to keep them, but wondered where they had come from. I still don’t know, but I realize she must have cherished and valued them, too. I use Anglican Prayer Beads almost every night and I wanted Devin to cherish his rosary just as much as I did mine.

Writing books gives authors the rare privilege to tentatively show readers what matters most in their own lives. We bare our souls a bit with each new story. I hope you can find something in my characters that touches your heart, as well. I have given my heart to them to share with you.